This is How I am Doing

Life is stressin’ the hell out of me right now.  For those who do not know me personally, I am not a very patient person.  I’m working on it, but that’s the truth.  This year has been a real test of my patience so far.  We are being relocated by Tim’s work from North Carolina back to California.  It’s very exciting, and we are so happy to be going back home.  The only problem is that we have no information about the move.  The “plan” is that the company is going to buy a building in “the LA area” to open up a West Coast office.  This has been the plan since January, and nothing has happened yet.  They have signed contacts promising that the office will be up and running by the end of the year, but that’s all we have.  There have been tentative general plans made, but even those are behind schedule because the CA office keeps getting pushed back by more pressing matters.  And it is so very frustrating!

I can’t even explain how not knowing the where and when of the move is driving me crazy.  I can’t make plans for birthdays or small getaways because I don’t know what state I will be in.  I can’t start looking for places to live, because I don’t know where the office will be located.  “The LA area” is gigantic, stretching from Ventura County down to the border of Orange County, and from the Inland Empire to the Ocean.  That’s well over 30,000 square miles. I don’t want to look for a place to live in the San Gabriel valley if the office in El Segundo or Silverlake.  (I realize that this doesn’t make much sense to those who are not familiar with SoCal geography.  Sorry.)  Not knowing the where and when is really taking its toll on me.  I’ve tried to be patient, but it’s been six months and I feel like I am in the exact same place as I was back in January.

The other thing that has been an emotional blow is that we had a possible adoption fall through.  Tim and I randomly had the possibility of adopting a baby boy.  It was a long-shot, a young couple in a bad spot that knows my sister, not through an agency.  We tried not to get our hopes up because we knew the situation was precarious, but it was still a disappointment when it didn’t happen.  The good that came out of it was that it got us talking a lot about IVF and adoption, and I think we have decided to go the adoption route instead of risking IVF.  I’ll be looking into California agencies.  We keep trying to tell ourselves that this just wasn’t the right baby for us, but it’s hard.  The whole process has brought emotions to the surface that had been pushed down for a long time.

So, that’s how I am doing.  A lot of stress and a lot of emotions.  Tim and I are in a holding pattern right now, and it’s a tough place to be.  My guess is that we will move sometime in the Fall.  We will be renewing our lease for a shorter term, so I’m hoping that we can move in late October.  Nothing for sure, though.  I’m just trying to get through the day to day without getting crushed by the giant ball of stress hanging over my head.  Some days are better than others.  The good news is that I get another summer to play with my sister and my niece.  I plan to pack it full of days at the pool, backyard BBQs, and hanging out at Panera.  Other than that. I’ll just be here waiting… and waiting. 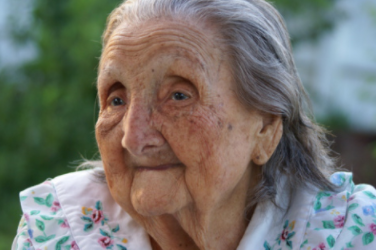